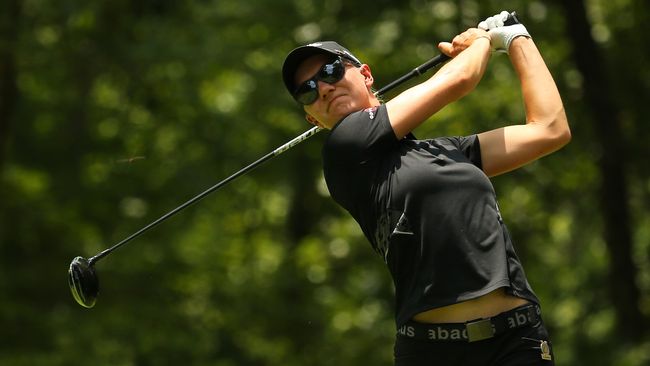 Almost two weeks after his first victory on the North American pro tour, Madelene Sagström continues on the beaten track. In the second round, the Swede made another safe bet on the 13th Beach Golf Links courses outside Melbourne in Australia and retains its lead.

With seven birdies, two bogeys and a round of 67 shots, Sagström not only consolidated her leadership – she has also pulled in from South Korean Kang Haeji.

The two were in split management after the preliminary round, but Sagström’s 67 strokes this time alone lead 13 under pairs with one stroke down to the nearest competitor.

New second is Ally McDonald, USA, who together with Robyn Choi from New Zealand stood for today’s best round. McDonald is a hit after Sagström overall.

Linnea Ström is also in the fight for the top positions. The Gothenburg golfer is divided into three and has three strokes up to Sagström. On Friday, Ström was listed for three birdies and went on the round of 69 strokes.

Both women and men play at the weekend in Australia – the women compete on the US LPGA tour, the men on the European Tour – and the prize money is the same for both genders.

Madelene Sagstrom, the 2016 Symetra Player of the Year, loves Baton Rouge. She made one visit to the city when deciding on a college and that’s all she needed. After four years of college, she decided to stay in Baton Rouge during her rookie season on the Symetra Tour.  Was it a culture change from […]

Missed Cut. Missed Cut. Missed Cut. That’s how the 2017 season started for Madelene Sagstrom. Remember, this is the same person that started 2016 with a 7-under, 65 in her first round on the Symetra Tour and then went onto to dominant like no one in history. Expectations were high, rightly so. Many believed she […]