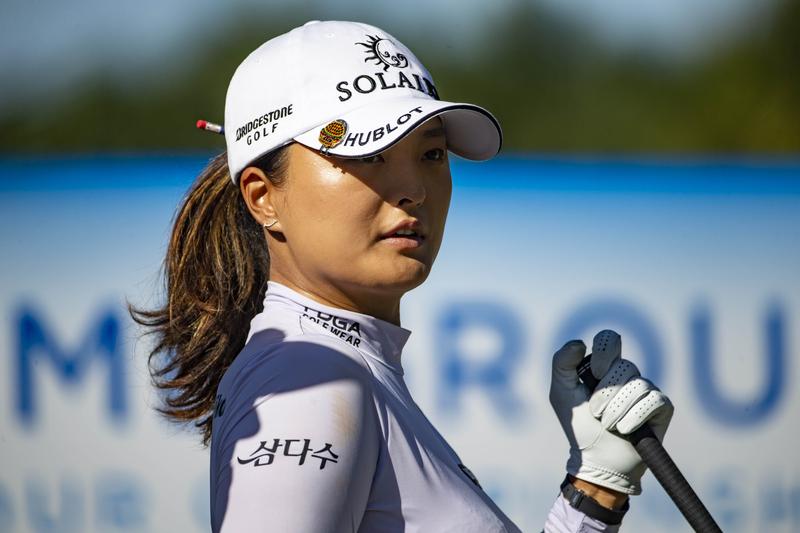 (Reuters) -South Korean world number one Ko Jin-young used a string of late birdies to pull away from the chasing pack and claim a clinical five-shot victory at the LPGA’s season-ending CME Group Tour Championship in Naples, Florida, on Sunday.

Ko, who began the day one shot back of defending champion and compatriot Kim Sei-young, carded a closing six-under-par 66 that brought her to 18 under on the week at Tiburon Golf Club for her first win of the pandemic-stained season.

“I still can’t believe it, that I’m here, and that I won this tournament,” said Ko, who only competed in four LPGA events in 2020 after choosing to remain in Korea when the LPGA Tour resumed play in July amid the pandemic.

“Before the tee off I just (thought), OK, 18 holes left and I go home, so just relax and just enjoy, just keep it up.”

England’s Hannah Green (67) and Kim (72) finished in a share of second place, one shot clear of American Mina Harigae (68).

Ko birdied two of her first six holes and shook off a bogey at the ninth before making a move at the par-three 12th where she rattled off the first of three consecutive birdies to pad her lead and then added two more over her final three holes.

The tournament capped an 18-event LPGA season that was shut down from mid-February through July because of COVID-19.

The 2021 LPGA season will have 34 official events, starting with the Jan. 21-24 Diamond Resorts Tournament of Champions in Lake Buena Vista, Florida.